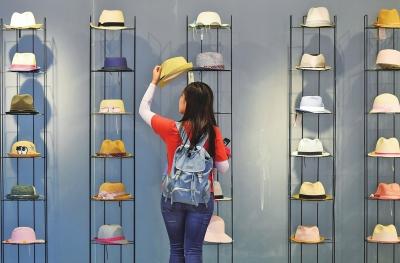 At Luyi Industry Cluster District, the reporter visited the busy production lines, the “birthplace” of various fashionable hats. Statistics shows that 6 million hats are produced here annually. Not only for domestic market, the products are also exported to Japan, European countries, the United States, South Korea, Africa, Australia, Russia and other places in the world.

Luyi, as a national woolen sweater base with the title of “Home of Makeup Brushes in China”, has developed a large number of leading enterprises specialized in makeup brushes, textile and clothing, and has sufficient capacity to produce 60 million woolen sweaters per year, gradually showing an industrial cluster effect. So far, 117 goat-tail hairprocessing enterprises have been settled in the industrial cluster district, with an annual production of 400 million tubes, 60 million wooden and plastic handles, 100 tons of foaming cotton, 120 tons of brushed nylon wool, more than 9,000 tons of high, medium and low-end goat-tail hair, over 5,000 tons of cashmere, and more than 600 tons of nylon wool. The annual production of the goat-tail hair accounts for more than 80% in China, so Luyi enjoys a reputation that “the world’s goat-tail hair processing industry depends on China, and China’s relies on Luyi.”